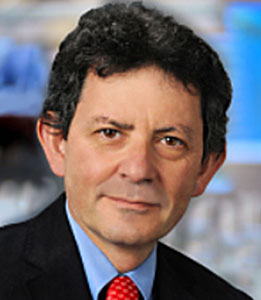 Over the past 30 years, Dr Brenner has devoted his career as a physician-scientist to the field of stem cell transplantation through the therapeutic use of T cell immunologic approaches and genetic engineering strategies, particularly in the treatment of cancer. He served as Editor-in-Chief of Molecular Therapy and as former President of the American Society for Gene and Cell Therapy (ASGCT) and of the International Society for Cell Therapy.

Previously he was Head of the Cell and Gene Therapy Program at St Jude Children’s Research Hospital, where his group performed the first human gene transfer studies outside of the NIH and the first anywhere to use marrow stem cells as the target.

Dr Brenner has earned widespread recognition for his scientific achievements and leadership in the field, including the ASGCT Outstanding Achievement Award, Human Gene Therapy’s Pioneer Award, the American Society of Hematology Mentor Award and the European Society of Gene and Cell Therapy Outstanding Achievement award. For his contributions to the field, Dr. Brenner has been elected a member of the American Association of Physicians and of the National Academy of Medicine

Dr Brenner obtained his medical degrees and his PhD from the University of Cambridge, England.