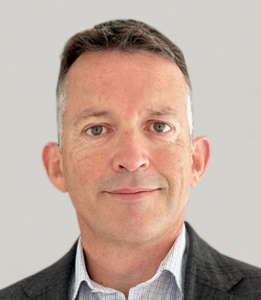 Michael O’Dwyer is an experienced Clinician Scientist with a strong track record in clinical and translational research in blood cancers and has been involved in the clinical drug development of many ground-breaking treatments. He is a Founder of ONK Therapeutics and has been the company’s CSO since its inception in 2015.

Michael is also a Professor of Hematology at the National University of Ireland (NUI), Galway. In recent years his main research focus has been on Multiple Myeloma where he is studying the immune microenvironment, the impact of glycosylation on cell trafficking and immune evasion and the genetic modification of Natural Killer (NK) cells to enable cell therapy for cancer.

He has approximately 100 peer reviewed publications and is listed as an inventor on more than 10 patents.

He is a member of the American Society of Hematology (ASH), the European Hematology Association (EHA) Scientific Working Party on Immunotherapy of Hematologic Malignancies and the International Myeloma Working Group (IMWG).

Earlier in his career Michael was Assistant Professor at Oregon Health & Sciences University (OHSU), Portland, USA, where he worked on the development of imatinib.

Michael has an MD degree from NUI Galway and undertook training in Hematology in Ireland followed by a Fellowship in Hematology  and Medical Oncology at OHSU.